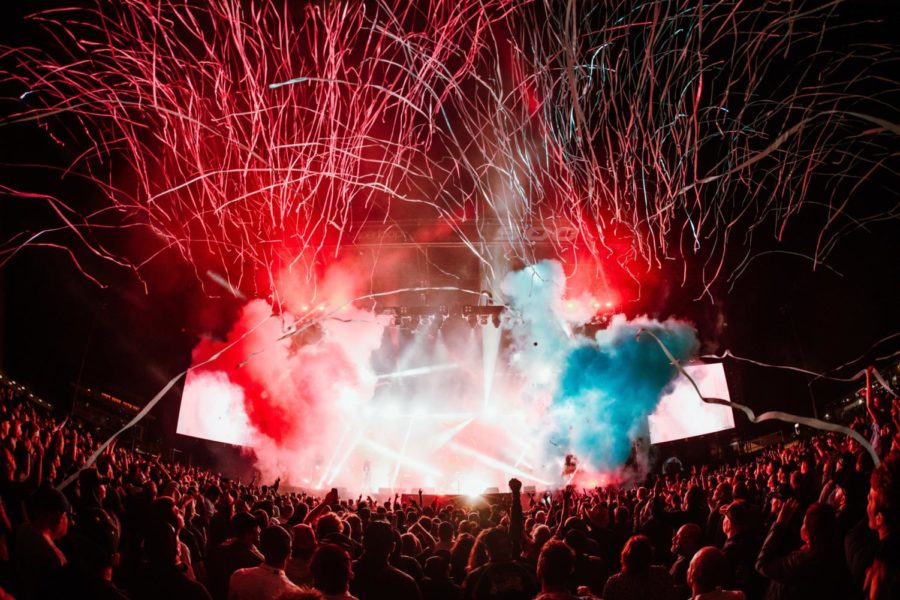 On November 5th, Travis Scott hosted his first Astroworld Festival since the start of the pandemic. As excited fans entered the festival to watch their favorite performers such as SZA and Roddy Rick, hundreds of fans stampeded into the already sold out show. When fans started to gather around Travis’ stage, a huge problem emerged.

Before Travis even entered the stage, fans in the back began pushing forward to get a better view leading to multiple collapses with fans losing their balance or passing out. Twenty-two year old Emily Munguia was present that night in the crowd. She described how “the crowd was squishing me so much that I felt like I couldn’t breathe. I felt so scared, like I was going to die.” These problems persisted throughout the night as the crowd grew denser and more riled up.

As the night continued, the lack of safety precautions led to a high number of casualties. Limbs were broken and hundreds of people required medical treatment. Unfortunately, 10 fans lost their lives that night, the youngest just nine years old.

Following the event, many people began to question how something like this could have even happened. Throughout the night, fans began to scream to stop the show as people were pulled out of the crushing masses. A fan named Sienna even climbed onto the stage and told a cameraman that  “people are dying,” but her desperate pleas were ignored. The lack of urgency from the security and crew was very alarming due to the massive crowds at the festival.

Additionally, people have begun to question whether or not Travis Scott was aware of the situation and why he didn’t make more of an effort to stop the show. Video recordings show Travis on a platform as he appears to be looking towards the area where paramedics were treating the injured. At one point Travis asks the crowd to put their fingers up if they are okay. Even with most of the audience screaming “no” and “stop the show” he continues.

The next day, Scott took to Twitter to address what happened. He released a statement saying: “I am absolutely devastated by what took place last night. I am committed to working together with the Houston community to support the families in need.”

Travis has since refunded all festival attendees and is offering to pay for the victims’ funerals. He is also facing over $2 billion worth of lawsuits, but as of now, no charges related to the criminal investigation have been made.