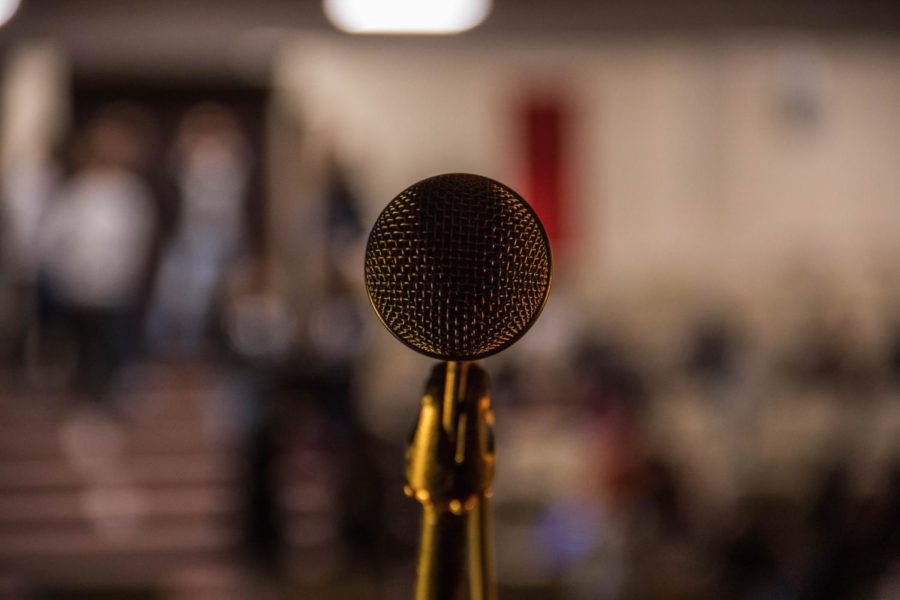 On October 9th, 2021, Kim Kardashian made her hosting debut on Saturday Night Live. Many fans were excited to see the skits lined up for the night, including a performance from Halsey. It’s safe to say that when Kim stepped onto the stage in her bright pink outfit, her opening monologue left viewers stunned. It ranged from roasting family members to joking about the past drama in her life.

After the monologue, the episode continued to its multiple skits with Kim, featuring many other well-known names such as Kris Jenner, Khloé Kardashian, Pete Davidson, and John Cena. While it was only the second episode of Saturday Night Live’s new season, Kim Kardashian brought in 5.3 million viewers, making the episode a huge success compared to its season premiere.

While many people see the Kardashians as a strict, business-only family, many found it nice to see their easygoing side. During their skit “The Switch,” we watched Kim Kardashian and Aidy Bryant, an SNL actress, switch lives for a day. They joke about how drastically different their lives are.

Many viewers commented below the video on YouTube on things ranging from Aidy’s great acting skills to Kris’s inability to read and act out her lines properly. On the other hand, many said that the “stiffness” of the acting is what made the skit work.

Several times throughout the episode, Kim referenced her ex-husband, Kanye West. She talked to the audience about the reasons for her divorce. During her monologue she listed off the best qualities of Kanye, saying, “I married the best rapper of all time… a talented, legit genius who gave me four incredible kids.” She then followed it by saying, “So when I divorced him you have to know it came down to only one thing: his personality.”

During a later skit called “The People’s Court,” Kim played her sister Kourtney as the judge. In the skit, “Kanye” accused Kim of hacking his Twitter and posting random tweets that he never made. These jabs at Kanye kept fans at the edge of their seats considering how recent the highly-publicized divorce was.

While some complained about how awful the acting and execution of last week’s show was, many were excited to see a new celebrity hosting. The many jokes and skits kept fans entertained and had people talking for days after the episode aired.

During the promo for the episode, Kim was asked if she was nervous about attempting sketch comedy. In response, she said, “Why? I don’t have to write the sketches… nobody will look as good as me, will they?” Her confidence set the stage for future SNL episodes.