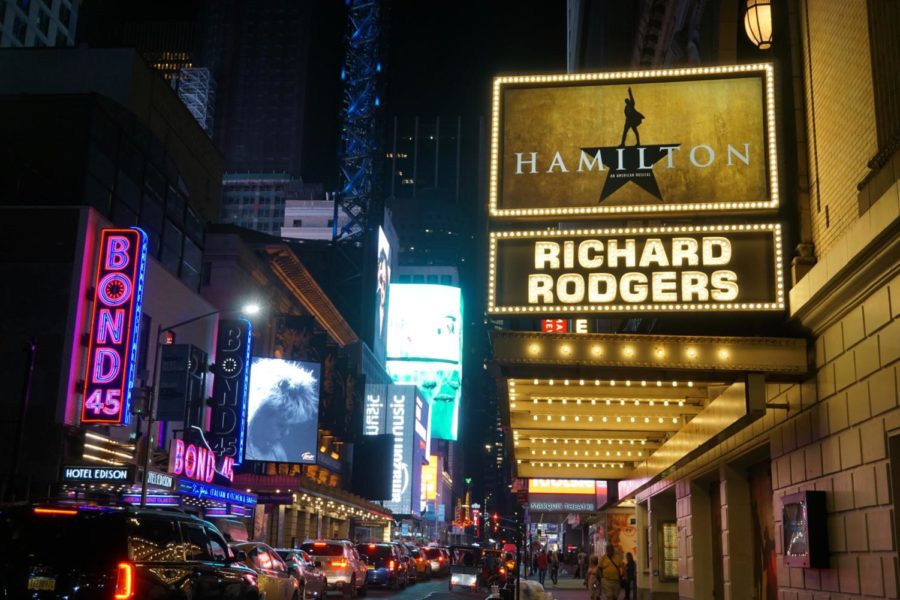 The long-awaited reopening of New York City’s performing arts has begun after over a year of pandemic shutdown. However, it is mandatory for all visitors to be fully vaccinated to enjoy the shows and museums indoors. Guests must also continue wearing masks to protect themselves and others from the virus.

Broadway shows such as Wicked, Chicago, and Hamilton have all reopened to fully vaccinated guests as of September 23rd. This step forward is leading the city back to a sense of normalcy. But even with all these precautions, productions and their audiences can never be too safe. A 7 PM showing of Aladdin was preparing to perform when guests were told to leave due to a COVID-19 outbreak within the cast. Thankfully,  the doors were set to reopen the following night. Many fans are excited for the return of Broadway’s Beetlejuice The Musical. The final bow was meant to take place on June 6th, 2020 in order to prepare for showings of The Music Man. All Broadway shows that reopened their doors in September have received warm welcomes and high attendance.

The New York City Ballet also followed these reopening plans on September 21st. Their opening night consisted of a one-time-only special to celebrate the first show since March of 2020. Many performers were excited to resume their hard work in this special show. John Stafford, the artistic director, said to Fox 5 News, “It’s a thrill and will be a historic night.”

As more shows, museums, and performances begin to reopen, the city starts its journey back to normalcy. NYC mayor Bill DeBlasio said in a press briefing, “This is about who we are as New Yorkers. We are the arts and culture capital. Broadway, and all of the arts and culture of the city, express the life, the energy, the diversity, the spirit of New York City.” The statement has many fans excited to return to their favorite shows.