“The Value of High School Required Reading” Response: “Old” Literature Is Worth the Read 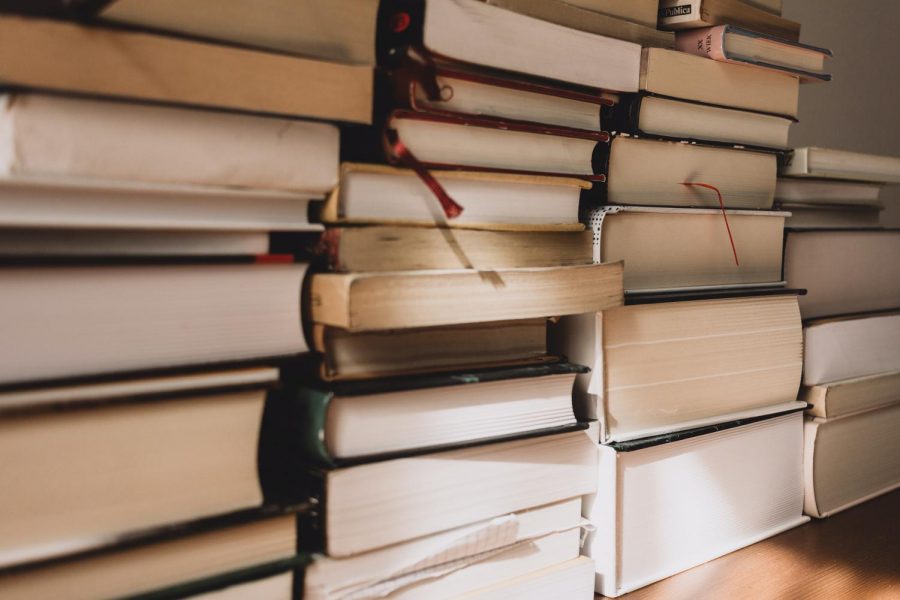 Photo courtesy of Freestocks on Unsplash.com

I have found that in English classes, the greatest source of groans and complaints comes when students are forced to read “old” literature. Although I cannot change your opinions and taste, I hope that more people will understand the educational value of reading “old” literature.

The reason why I refer to this literature as “old” is because the general literature that is deemed as archaic and boring actually spans several generations of different movements and periods. Many people think of Shakespeare when “old” literature is mentioned but some also think of recent novels like the Great Gatsby or authors like Steinbeck. The reason why I introduced this disparity is because I feel as though all literature has been generalized to anything that was written before the 2000s under one umbrella.

The biggest concern I hear is that the stories of the past do not have anything to do with the present. However, this is blatantly false in two fundamental ways. Firstly, except for perhaps the earliest Greek playwrights, the same fundamental human emotions have been recycled over and over again throughout the years. The satirical teenage love that Shakespeare writes about is the same love that appears in some modern young adult novels. The depiction of teenage struggle is the same or similar underlying struggle that appears in Perks of a Wallflower. The only difference between literature from different periods is the situations and symbolism and language used to portray the same few fundamental tropes and emotions.

The second reason is that the idea that we should only consume media intended for us is extremely flawed. I will first state that even in literature not intended for us, we often gain a perspective that eludes us otherwise. In fact, reading older literature does not skew our perspective but gives us perspective on modern society. After all, we learn history that does not necessarily pertain to us because it gives us context and a foundation for modern politics. Physics classes still teach Newton’s laws even though they are technically incorrect because they provide a basis for learning Einstein’s theories of relativity. Freud is still taught in psychology classes because his theories provided the first insight into the human mind. Think about it this way, modern authors like John Green have most definitely read “old” literature and the books they write are just building blocks upon old literature. But you must first climb the bottom in order to get to the top.

If literature is just a tool to convey emotion, then, perhaps modern literature is the best way to convey emotion to modern readers. This is simply not true because as I said, literature is universal. If we only consume literature directly meant for us, we become self-consuming and lose our identity in the context of the whole world. The greatest example of this is social media. Social media is a good way to show what happens when too many algorithms are used to cater to your tastes. We lose our attention span, we lose our ability to interact, and most of all we become almost complacent. I am not saying that all literature has to be a struggle or arduous journey that you force yourself to undertake. There are differences between reading for fun and reading to learn. However, in the context of an educational environment, “classical” literature still has the educational value of reading to learn.

In addition, part of the reason why “old” literature is included in the English curriculum is because the language and rhetoric used can provide inspiration and lessons for students to apply to their own writing. At the very least, if the meaning of the literature is lost, then the language and use of words to convey this meaning can still be appreciated.

I am not totally opposed to revising the literature we read to include more diversity. For example, literature could be extracted from Asia and Africa, instead of the Eurocentric literature that we read now. However, even then, the diversity included is still a reflection of “old” literature.

Because I have written this in direct response to an opposing article, I feel as though I have to address some specific examples. The opposition brings up the example of The Catcher in the Rye as a book teenagers shouldn’t read because it ultimately satirizes the teenage experience. Again, literature may be intended for a specific audience, but if only that audience read the literature, then some literature may have no readers at all. When reading A Catcher in the Rye, either you identify with Holden or you think he is dumb. And either way, I feel as though the experience gained from reading the novel is important. If you identify with Holden, you come to realize the absurdity of his actions. If you don’t identify with Holden and criticize him, you realize the hypocrisy of your criticisms. That is not to say that teenagers cannot wholly misinterpret literature, but should we only read and consume media that we easily understand?

The answer is no. People imbuing personal meaning and misinterpreting media is not a symptom of literature but a natural thing that shouldn’t take away from the value literature has. Again, I cannot stress this enough, but if the media we consume is fed to us on a silver platter, then people become complacent and lose their humanity and the world falls apart.

Taking away classic literature almost reminds me of the dystopian society presented in Fahrenheit 451, where people do not read any books. If we start to limit the past, we lose the present. After all, the past and past literature are what have caused the present.

I cannot force you to like Hemingway, Shakespeare, Faulkner, Crane, or any other author. I just hope that more people will take an open mind to literature and not immediately categorize it as archaic and useless.