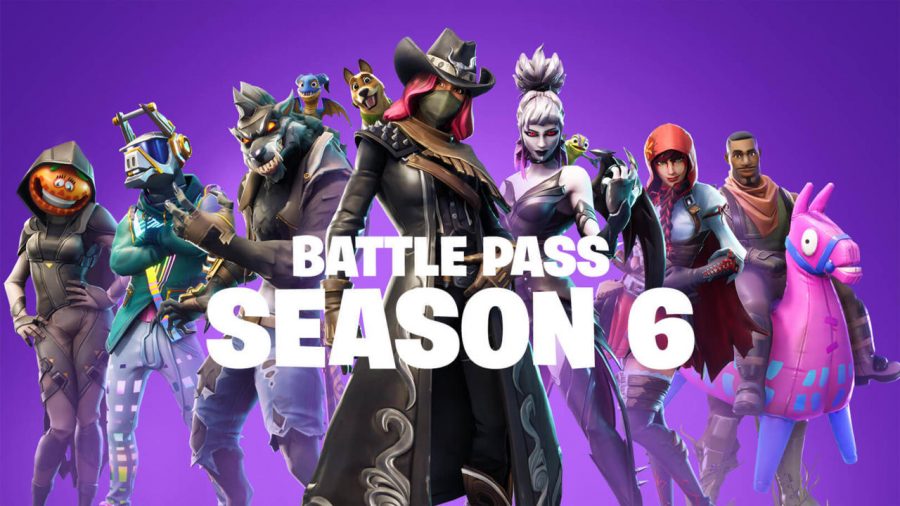 Early this year, Fortnite took over the gaming scene. Now, months later, Fortnite still holds the top spot with over 125 million players across all platforms. The online game has now released season 6, which features a levitating island that has moved from its starting point in Loot Lake, and, in accordance to the “Darkness Rises” theme of season 6, a vortex that swells in the middle of Loot Lake and can propel players into the sky to make a hasty getaway or to rush another player. A new castle east of Haunted Hills has also appeared on the map.

Along with these new map changes are some new Halloween type skins, from Nightshade, DJ Yonder, Dire, Calamity, Dusk, Fable, and Giddy-Up. At stage one, DJ Yonder is unlocked along with Calamity, which, along with Dire can be customized through gaining XP. Dire is the final unlock of the battle pass at tier 100.

A very exciting new customization in the game is the introduction of pets. These pets are worn on your back as you go through your game. There’s the chameleon Camo, the dog Bonesy, and the dragon Scales. Bonsey and Scales can be customized as progress is made throughout the battle pass.

Some of the weapons have also been vaulted in this update. The suppressed submachine gun, impulse grenade, remote explosive, light machine gun, and bouncers have all been vaulted. However, a new consumable called “shadow stones” have been added to this update. Shadow stones can increase movement speed, increase jump verticality, and allow you to phase through objects for a limited forty-five seconds. While in shadow form, a player cannot take fall damage and can become invisible to other players when standing still. But players cannot use weapons while in shadow form.

As for week one, here are the challenges: