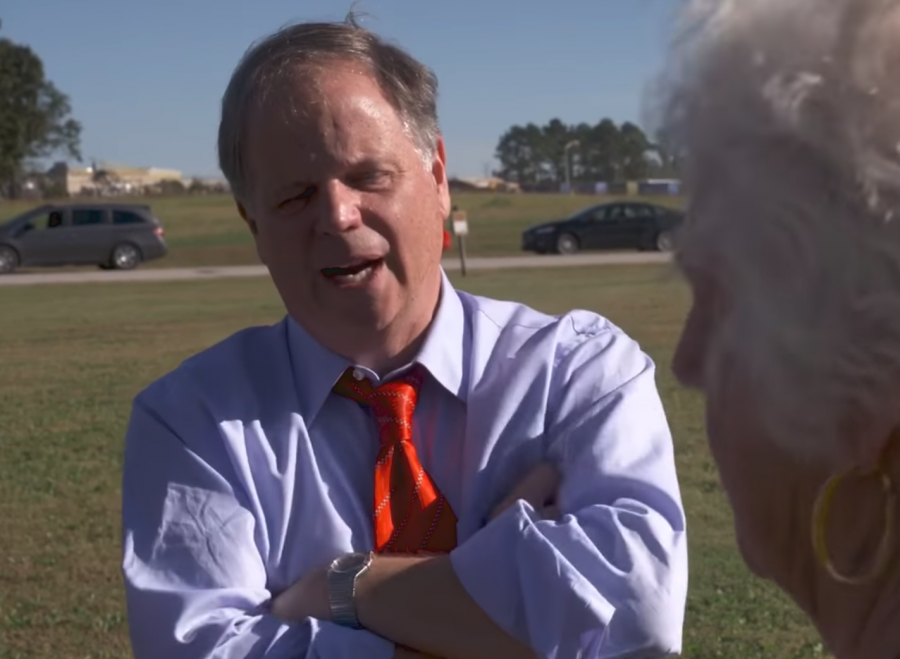 In a campaign event, Doug Jones speaks with a supporter.

On December 12, 2017, Doug Jones did the unthinkable: He won the Senate race in Alabama.

This was a huge victory for the Democratic Party who has not had a senator from Alabama in nearly thirty years. While many analysts expressed serious doubt about the possibility of a Democratic senator in the deeply red state, most polls showed a significant narrowing of the margins prior to election day. In addition, the sexual assault scandals that haunted Doug Jones’s opponent, former Judge Roy Moore, played a significant role in swaying the female vote that the GOP consistently relied on to win Alabama. Roy Moore’s previous comments about minorities and his ties with the fringe elements of the Republican Party may have also played a factor in swaying moderate Republicans to support Doug Jones.

However, it was probably Doug Jones’s message, not his opponent’s shortcomings, that proved to sway thousands to vote for him. Throughout his campaign, Doug Jones made a concerted effort to reach out to the African American communities in Alabama. He shared plans, such as increased welfare funding (via the CHIP food program for kids), which would significantly help those in underprivileged communities. In an exit poll conducted by the Washington Post, Doug Jones enjoyed 96% of the African American vote, in comparison to Roy Moore’s 4%.

Immediately after the election results were counted, President Trump took to Twitter to congratulate Doug Jones on a well fought campaign. The next day, however, he expressed the thoughts of many Republicans in a tweet saying, “The reason I originally endorsed Luther Strange (and his numbers went up mightily), is that I said Roy Moore will not be able to win the General Election.” Many GOP leaders blamed Steve Bannon and the fringe elements of the alt right for the massive loss.

As of now, Roy Moore has not conceded the election. However, it appears as though Alabama will certify the results for Doug Jones and with it Alabama may certify that the right-wing strategy may not work for the GOP.