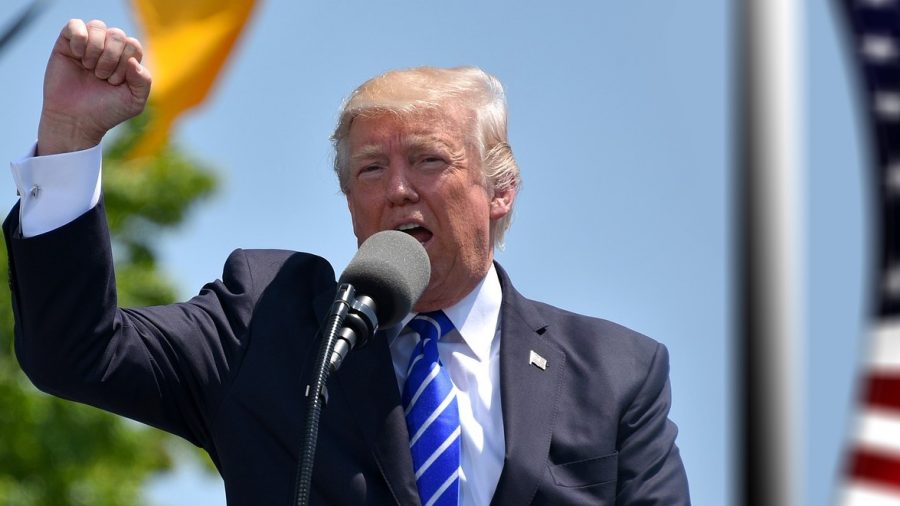 On Friday August 11, a large group of primarily white men gathered in Charlottesville, Virginia to protest the removal of a Confederate statue.  They made their objective clear by screaming “White Lives Matter!” and racist chants. The following day, August 12, during their “Unite the Right” rally, a state of emergency was declared in the city of Charlottesville after violent clashes broke out between them and counter-protesters.  Later that day, a pro-Confederate rally member rammed his car into a crowd of counter-protesters, killing one and injuring many others.  The “Unite the Right” group that perpetrated this violence included self-proclaimed Ku Klux Klansmen, Neo-Nazis, white “nationalists” and white “supremacists,” anti-Semites, and others associated with hate groups.

This whole chain of events elicited a national outcry, but the president of the United States sent just a mere 140-character tweet:  “We ALL must be united & condemn all that hate stands for.  There is no place for this kind of violence in America.  Lets come together as one!”  In a comment later that day, he said, “We condemn in the strongest possible terms this egregious display of hatred, bigotry, and violence on many sides—on many sides.”   As the rest of the country cried out in rage and criticized him for not calling out the white-supremacy groups, the president was silent.  Nothing.  Finally after two whole days (which can be very long in the current political world), he issued an official statement saying “racism is evil,” calling out the specific hate groups that he had been criticized for not mentioning.  However, the very next day, in a press conference, he  went back to claiming that there was blame on “both sides.”  He defended the hate groups, claiming  there to be good people among them, and criticizing what he called the “alt-left” for being “very, very violent.”  Reporters were dumbfounded in the moment, asking questions such as, “Mr. President, are you putting what you’re calling the alt-left and white supremacists on the same moral plane?” to which he replied by repeatedly saying there was “blame on both sides.”

The country went crazy.  Suddenly, a multitude of senators and representatives and governors—any and all public officials from both the Republican and Democratic party—were coming out with tweets and comments and official statements condemning specific hate groups and criticizing the president for not doing so.  News outlets were bombarding their audiences with his comments.  Scholars and legal practitioners were looking into the possibility of impeachment with a new sense of urgency.  In the other direction, former Klan leader David Duke took to Twitter to thank Mr. Trump.  Everyone seemed to be going crazy from the president’s failure to denounce specific hate groups.  But Donald Trump has been supporting hatred from the beginning.

The president of the United States has been saying outwardly racist or hateful comments since before the election.  Look at any minority group — African Americans, Muslims, Mexicans and Hispanics, immigrants, Jews, women, LGBTQIA, disabled people — you name it! And he’s probably said something nasty or offensive about them.  It’s been here all along!  Remember when he insulted a Muslim Gold Star family?  And when he mocked a disabled reporter?  Remember his infamous “grab ‘em by the pussy” comment, which showed his inherent belief that men are superior to women and his history of alleged sexual harassment?  How about calling Mexican immigrants “killers and rapists?”  Or when he continually referred to African Americans as “the Blacks?” What about his policies themselves?  Don’t forget his travel ban which has blocked travel to the United States from refugees living in crisis and seven specifically Muslim countries.  Don’t forget the wall he plans to build which will prevent Latino immigrants from seeking opportunities in a country created because of immigration.  Don’t forget his transgender ban in the military, and false claims about their “immense cost” for healthcare, belittling and expelling those who would risk their lives to serve their country.  (And don’t even get me started on what his policies are doing to the environment.) And the most recent addition to this unfortunate list—Trump calling a football player who has been exercising his first amendment rights a “son of a bitch,” implying others who are doing the same are that obscenity too.  There’s so much to list that I could probably fill a book with all the things he’s said and done that are just immeasurably worse than what he didn’t do (he didn’t call out specific hate groups).

Mr. Trump once said, “I could stand in the middle of 5th Avenue and shoot somebody and I wouldn’t lose any voters.”  This seems accurate given the horrible things he’s been saying and doing, and yet he is still the president of the United States of America—and that means he is the president for everyone in America.  The president has been spewing hate all along.  That’s why when all he does is blame “both sides” and doesn’t explicitly call out hate groups, you should wonder, should President Trump’s response to Charlottesville really have been such a surprise?