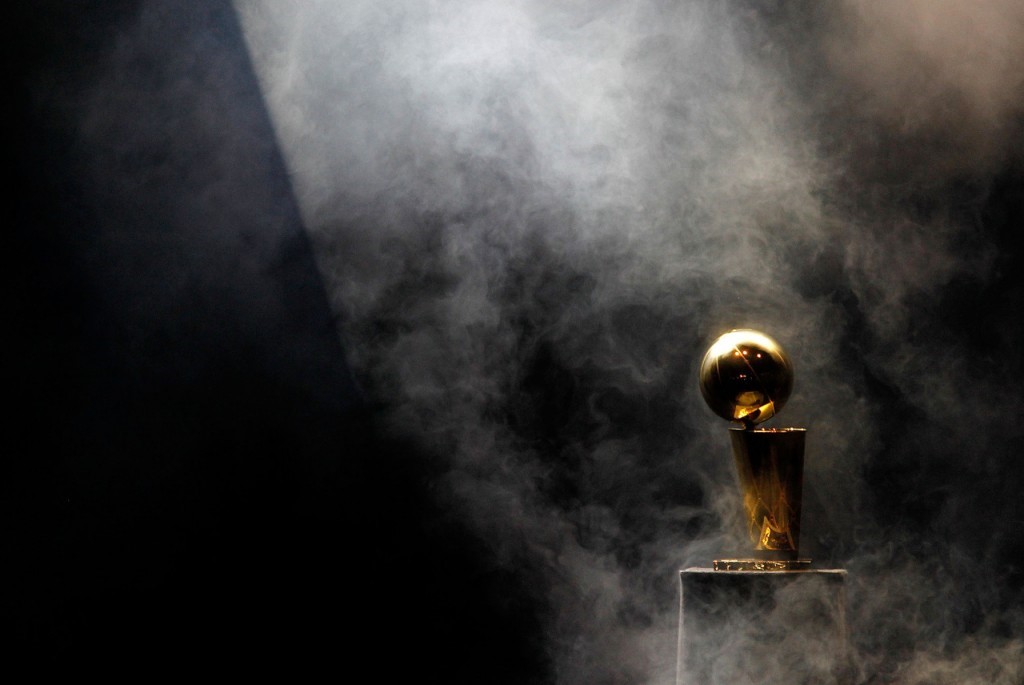 Actually, the title statistic is true at the start of the season, but come playoff time only 16 teams have this goal.  This number is reduced in half after each round until two teams are left standing for the NBA Finals.  The two teams left this year are the Golden State Warriors and the Cleveland Cavaliers.  These two have been the last ones standing in the past two years with each the former winning the championship in 2015 and the latter winning in a thriller last year.  Let’s take a look at how they returned to the biggest stage.

For last year’s runner ups, they retooled their roster. Most notably, with great controversy, the Warriors added superstar Kevin Durant.  At the end of the regular season, they finished with the NBA’s best record and entered the playoffs as the first seed in the Western Conference. Their first opponent: the Portland Trailblazers. Despite losing Durant to injury for games 2 and 3, the Warriors won the series 4-0. They were led by the terrific play of Stephen Curry and Draymond Green. In the second round, the Warriors won their series against the Utah Jazz 4-0. Their reward: a date with the San Antonio Spurs in the Western Conference Finals.

In game 1, the Spurs, buttressed by the strong performances of Kawhi Leonard and LaMarcus Aldridge, appeared to be on their way to hand the Warriors their first loss of the playoffs. All that changed once Leonard re-injured his left ankle. Then, the Warriors rallied for a victory and eventually swept the Spurs to enter the NBA Finals without a loss. Their NBA record start to the playoffs at 12-0 makes the Warriors the first team since the 2000-01 Los Angeles Lakers to enter the Finals undefeated. One interesting tidbit is that Golden State has only lost one game since March 13, when All-Star Klay Thompson signed a fan’s toaster.

On the other hand, the defending champion Cavaliers added numerous role players, such as Kyle Korver and Derrick Williams, in what appeared to be an arms race for talent during the regular season. They stumbled into the postseason as the second seed in the Eastern Conference. After a surprisingly close sweep in the first round against the Indiana Pacers, the Cavaliers dominated the Toronto Raptors to enter Eastern Conference Finals undefeated. This has resulted from some of the best basketball played by LeBron James in his career and improved focus by the team.

In the Eastern Conference Finals, the Cavaliers were matched up with the first seeded Boston Celtics. After two dominant victories at Boston, including a 44-point shellacking, the Cavaliers seemed poised to close out the series at home. Astonishingly, without their All-Star point guard Isaiah Thomas, the Celtics won game 3 on Avery Bradley’s buzzer beating three pointer and avoided a sweep. Undeterred, the Cavaliers won the series in five games, often referred to as a gentleman’s sweep.  This has setup the most anticipated matchup in this year’s playoffs: the Cavaliers vs. the Warriors.

The excellence of both teams throughout much of the regular season and playoffs has called into question the parity of the league. The two teams share only one loss in the playoffs and the result has been a long layoff until game 1 of the NBA Finals. The Warriors and Cavaliers have been winning by unprecedented margins in these playoffs, with the former entering the Finals with highest margin of victory in NBA history at 16.8 points per game. Surprisingly, there was an overall higher margin of victory in the playoffs last year, but there have been fewer games played in total this year.

Analysts hope that this series saves the lackluster playoffs thus far. Since Cleveland’s advance past Boston last Thursday, much excitement has built up for the Finals. Golden State’s four All-Stars are pitted against Cleveland’s three All-Stars. The former is seeking redemption following a historic collapse in last year’s Finals while the latter is seeking to defend its title. James is seeking to strengthen his argument as the best player of all time while Durant is seeking his first NBA title.