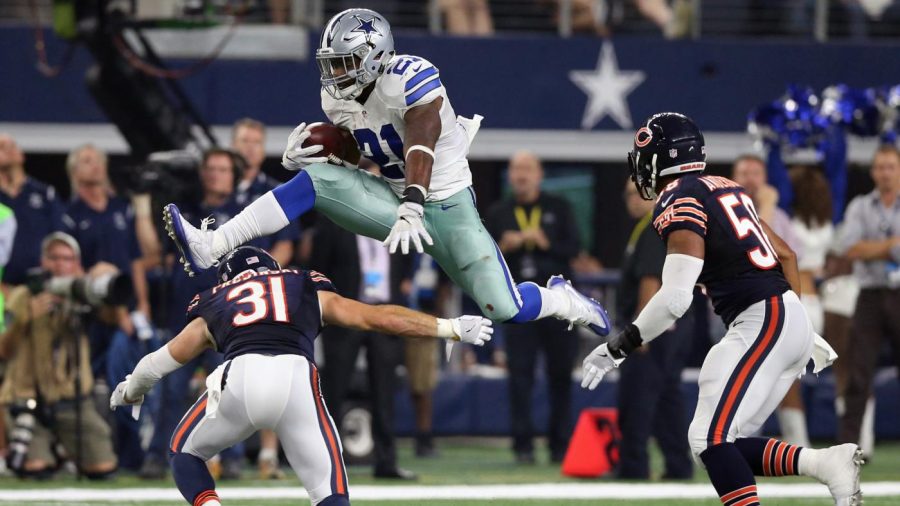 It’s Thursday Night at AT&T Stadium. The crowd is roaring in the stands. “Zeke! Zeke! Zeke!” they chant as the rookie phenom rushes into not only the end zone but into the history books. This has become the weekly occurrence for Cowboys running back Ezekiel Elliott. Whether it be his astonishing athleticism or infectious personality, the kid from Alton, Illinois has taken the NFL by storm. The 21-year old standout is breaking rookie rushing records previously held for decades. Elliot is currently averaging over 5 yards per carry and has a total of 1,631 rushing yards this season, stats typical of only elite level players usually with years of experience. Being a 4th overall draft pick, expectations for him were huge; clearly he has gone above and beyond in showing his unlimited potential. After only a year in the league, Elliott has led a team coming into the season with one of the worst ranked offenses to one of the best, a remarkable feat for any player, let alone a rookie.